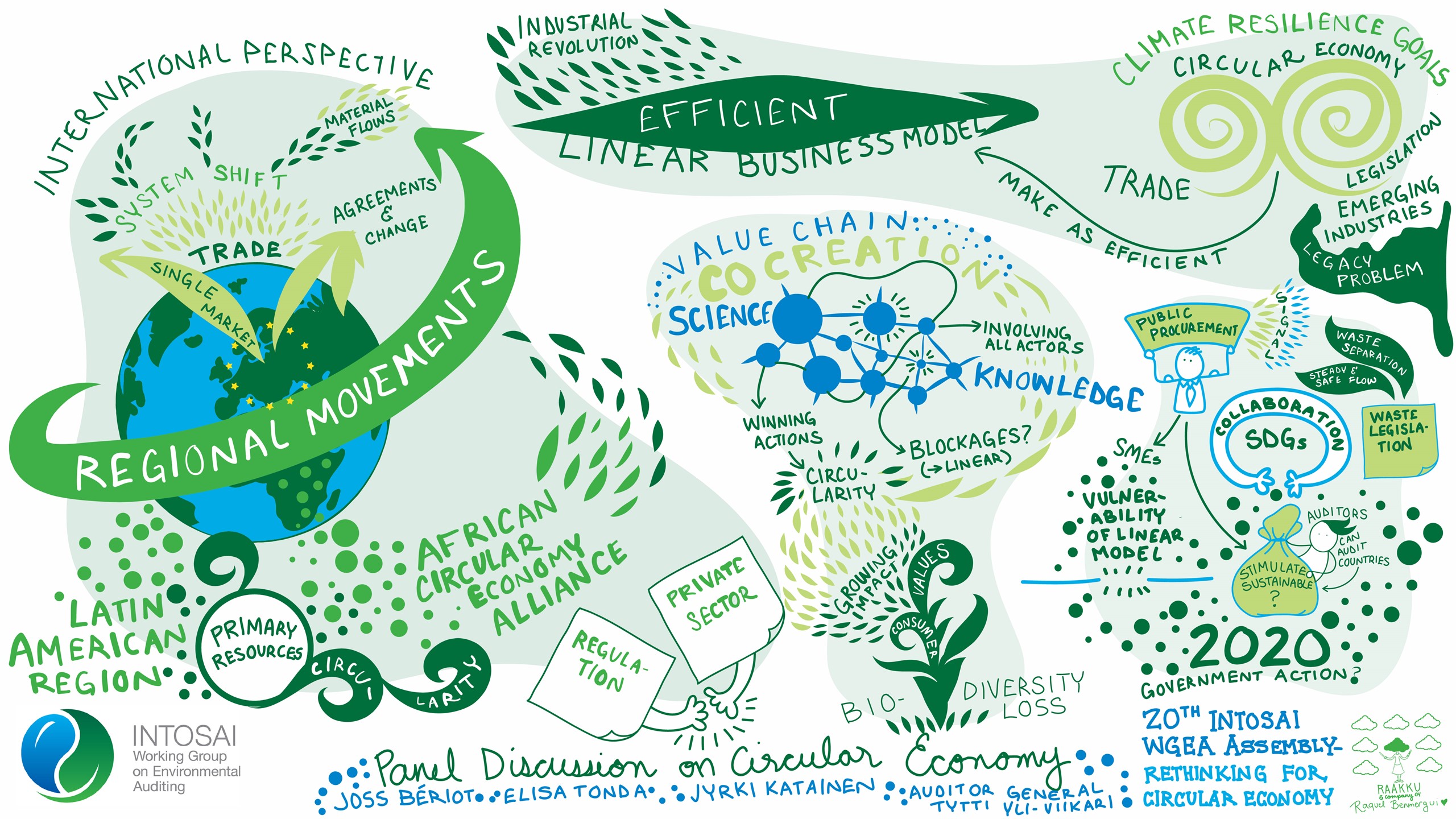 It has been one month since our 20th INTOSAI WGEA Assembly meeting. The minutes are on their way and the Seminar Summary on Circular Economy will be published in the upcoming weeks. Before publishing these official documents, we would like to take you back to the highlights of the Assembly meeting with the help of visualizations that visual storyteller, Raquel Benmergui, created during the keynote speeches and presentations.

The illustrations can be used freely, as long as their creator and the 20th INTOSAI WGEA Assembly are mentioned as a source. 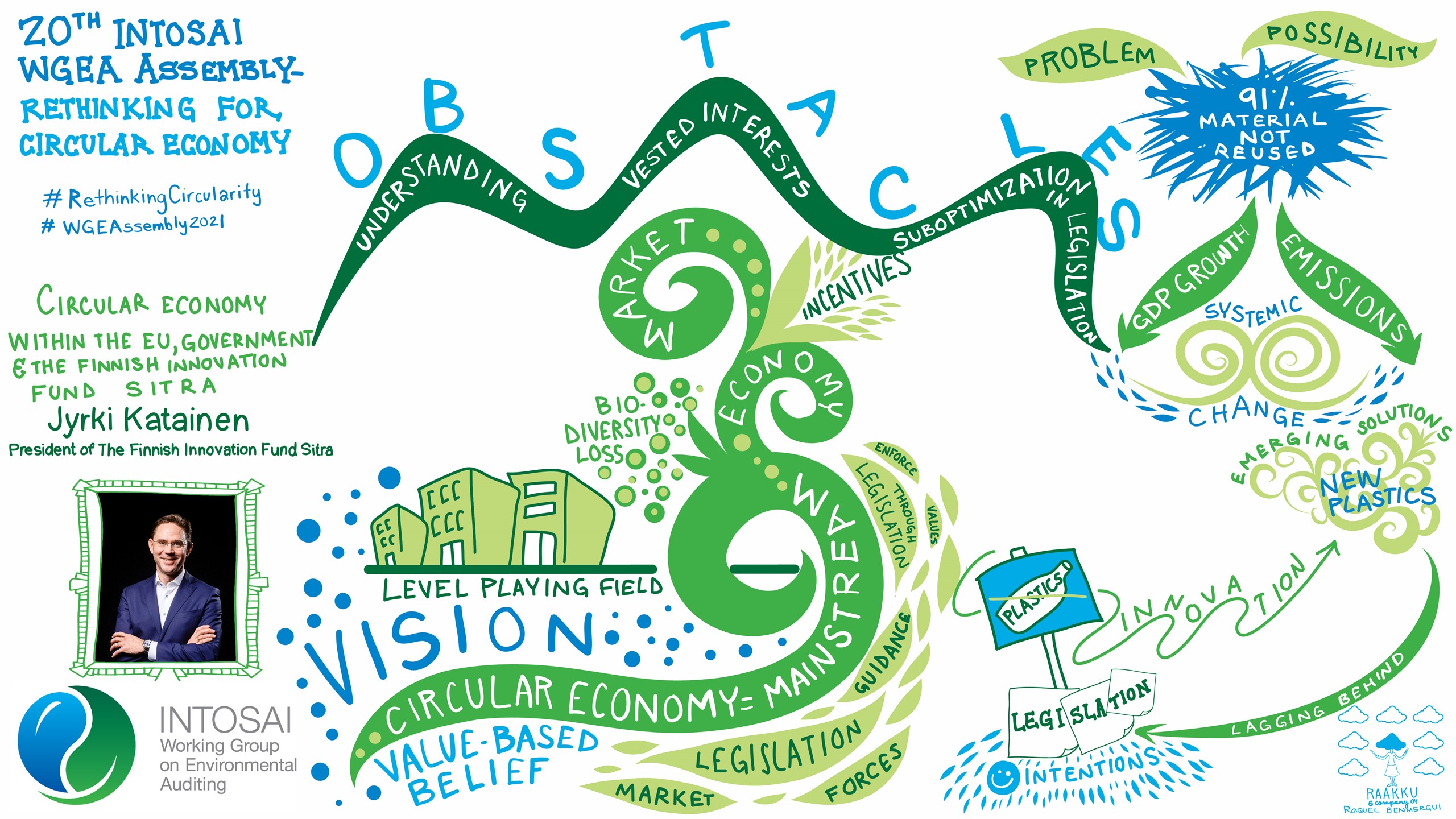 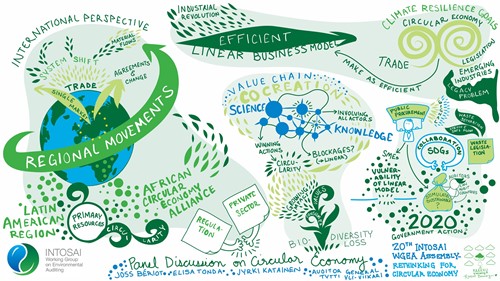 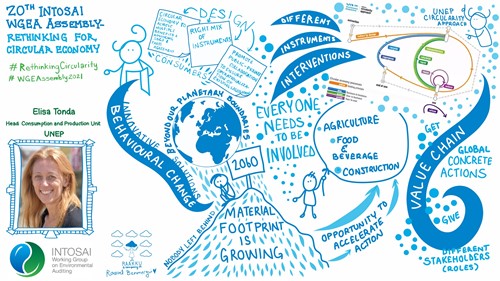 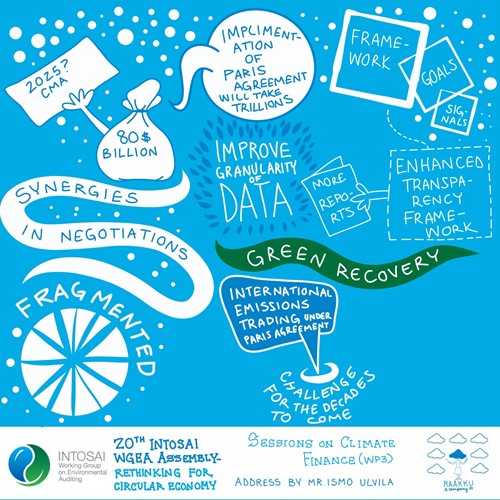 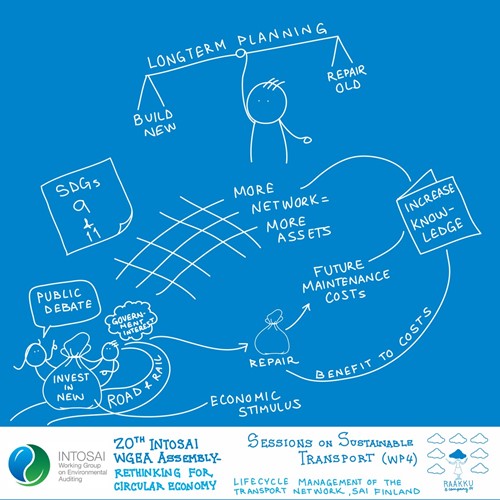 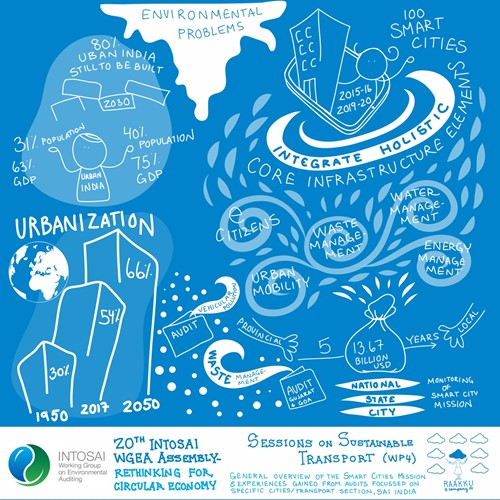